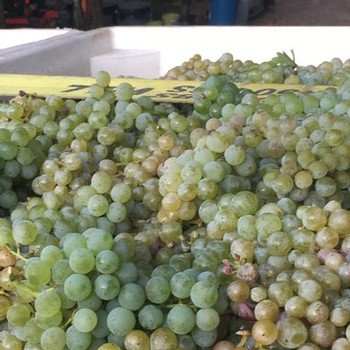 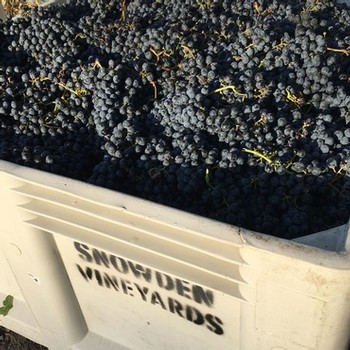 2019 is a promising year -- we’ve had even, moderate temperatures -- which are holding through harvest.  Yes, there were some hot days in the summer, but that’s happened every year since we arrived at the ranch in 1955 – days here and there – but unlike the last couple of years, ’19 hasn’t seen any week-long stretches of weirdly hot weather.  It varies by block, but most of the fruit is coming in about a week later this year – not a sea change, but more time to mature on the vine without the sugars shooting up.  We started with the Sauvignon Blanc on September 9 – that’s the photo.  You’ll see a little Botrytis – the “noble rot” – which is not common for that block.  We love exploring what the year gives.  Then we brought in four boxes of Merlot on the 13th for a rosé – that’s the other photo.  The rosé is just for family and friends (including our direct purchasers).  The single acre Los Ricos Cabernet Sauvignon vineyard came in on the 24th.  It’s going into a small lot, vineyard designated bottling.  The Pool Block was also picked on the 24th.  It will go into the Ranch Cabernet.  We harvested the Cabernet Franc on the 26th.  Next up is Brothers Cabernet – the pick starts at 8 PM tonight.  Stay tuned.