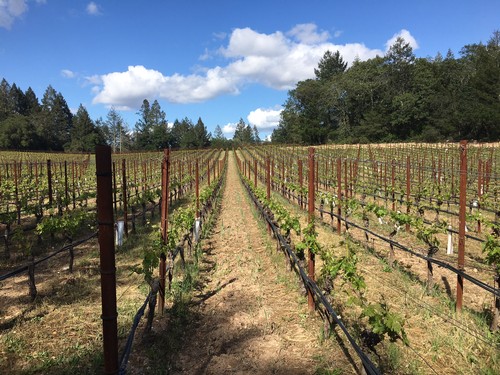 The vineyards are much healthier than they were at this time last year.  This shot was taken in late April – since then, the green shoots have lengthened to 18” or more, clusters have finished forming, and bloom is underway – we can catch the subtle perfume of grape flowering as we walk the blocks.  The Merlot and Cabernet Franc are the farthest along, almost everything at or past full bloom; the Cabernet Sauvignon is in the middle; and the Petit Verdot and Sauvignon Blanc bring up the chronological rear, as it should be.  Last year, the drought was so severe, we never had a storm which fully saturated the soil, so the vines were very careful not to overextend themselves.  The quality turned out to be superb, but the yield was just over 50% of average.  The shot below shows the Cabernet Franc this morning.  So far this year, it all looks good – but farming is farming and only time will tell. 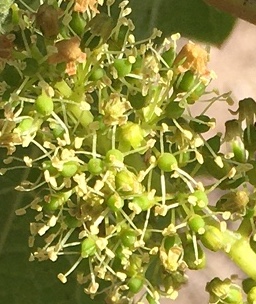