The Blending Blocks total approximately 4.5 acres adjacent to The Brothers Vineyard on the north and the Kathryn Hall and Sloan properties to the south.  The blocks are planted to the primary Bordeaux blending cultivars: Merlot, Cabernet Franc, Petit Verdot, and Malbec.

The two-acre Merlot block was planted in 1994 with Clone 181 on 110-R rootstock.  Clone 181 has proved to be extremely well-suited for the site, producing fruit in smaller clusters and with smaller berries than some other clones.  The Merlot is an important blending grape in our second Cabernet Sauvignon -- “The Ranch” -- contributing to the wine’s soft, approachable character when young.  Beginning with the 2010 harvest, in some years we are able to hold out a portion of the Merlot crop to produce a 100% Merlot varietal wine. 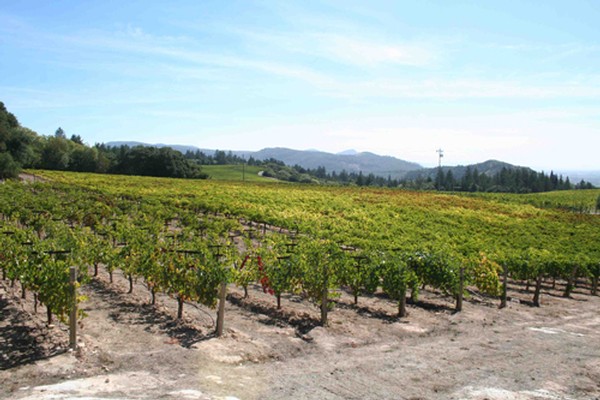 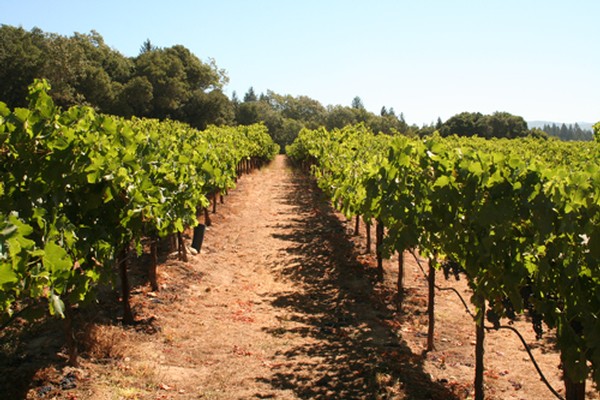 The one-acre Petit Verdot Vineyard is named after Levi Philander Davis, who in 1878 homesteaded what is now the Snowden Ranch.  We use the Petit Verdot primarily as a blending component in our Reserve Cabernet Sauvignons, although it occasionally appears in smaller percentages in “The Ranch.”  In 2011, we produced a small amount of 100% Petit Verdot as a varietal bottling to better educate ourselves about the character of the vineyard, the contribution our Petit Verdot makes to the Reserve blend, and the behavior of the varietal as it ages.  As was the case when we began bottling Merlot as a varietal, we are so pleased with the Petit Verdot that we have continued to bring out a small amount each year as a varietal bottling.

Our one-acre Cabernet Franc block was planted in 1994 and is named after Melchior Kemper, who purchased the ranch in 1888.  Through the 2011 harvest, the fruit was a key blending component in our Reserve Cabernet Sauvignons.  Since then, depending on the year, we use the Cabernet Franc as a component of the Ranch blend -- or occasionally as a stand-alone varietal.

We planted four tenths of an acre of Malbec in 2011.  Although it produced a delightful Rosé from the 2015 harvest, winemaker Diana Snowden Seysses declared she would never use the fruit in any of our Cabernet Sauvignon blends -- so we have removed the vines and are seasoning the small block for its next adventure.